Manhattan is divided into three major areas centering on Fifth Avenue: Uptown in the north, Midtown in the middle and Downtown in the south. 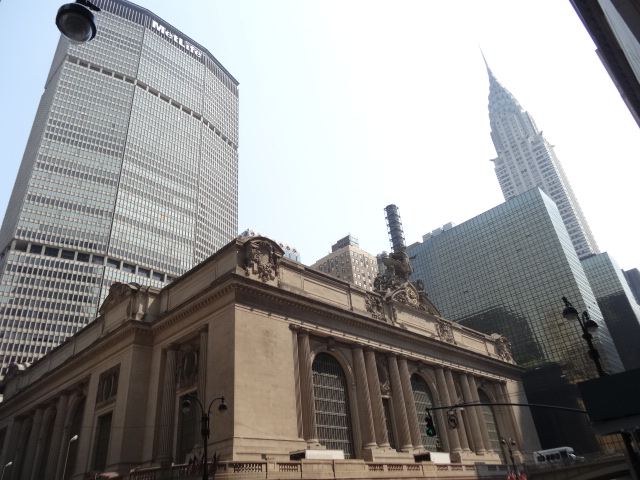 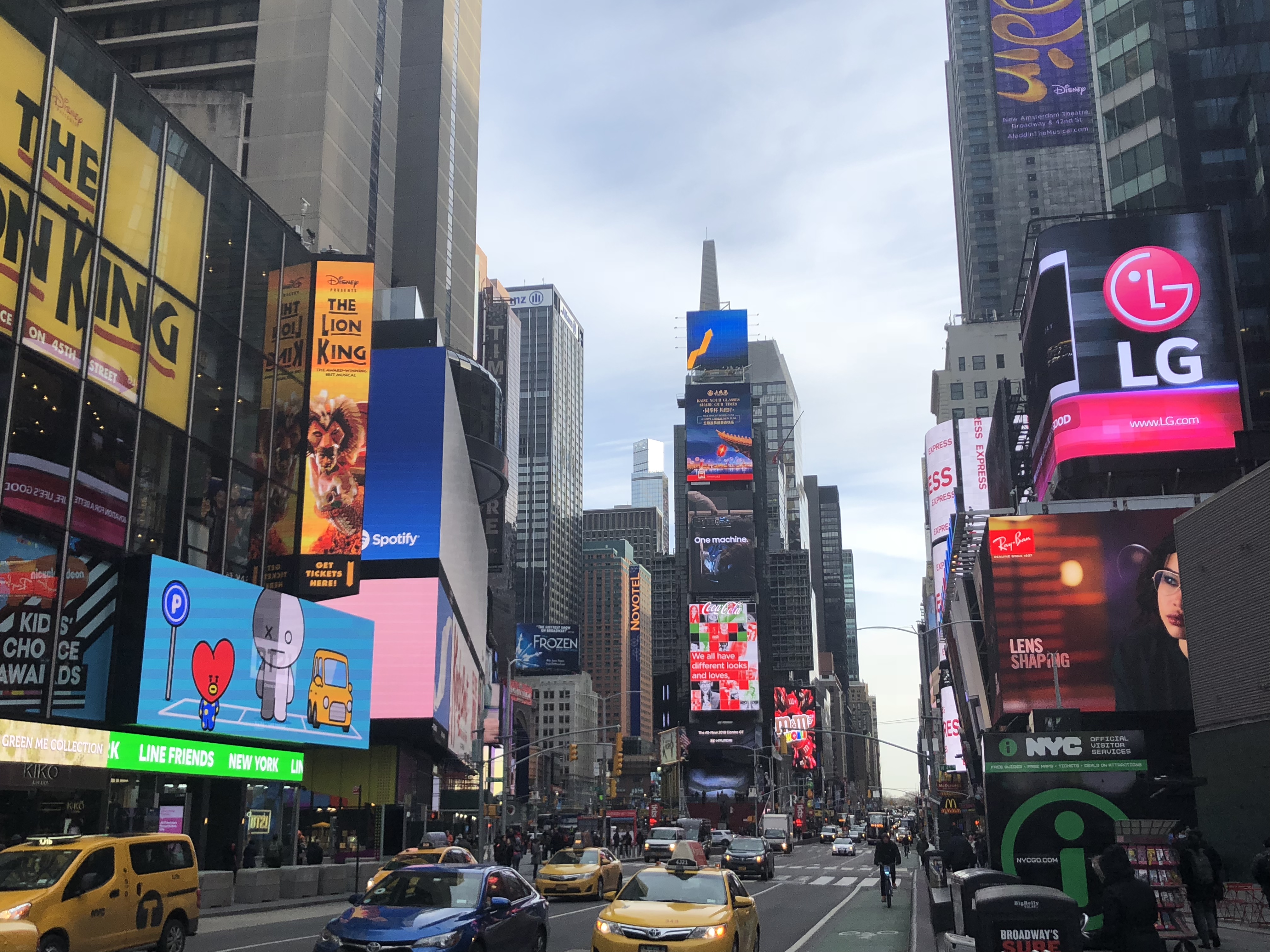 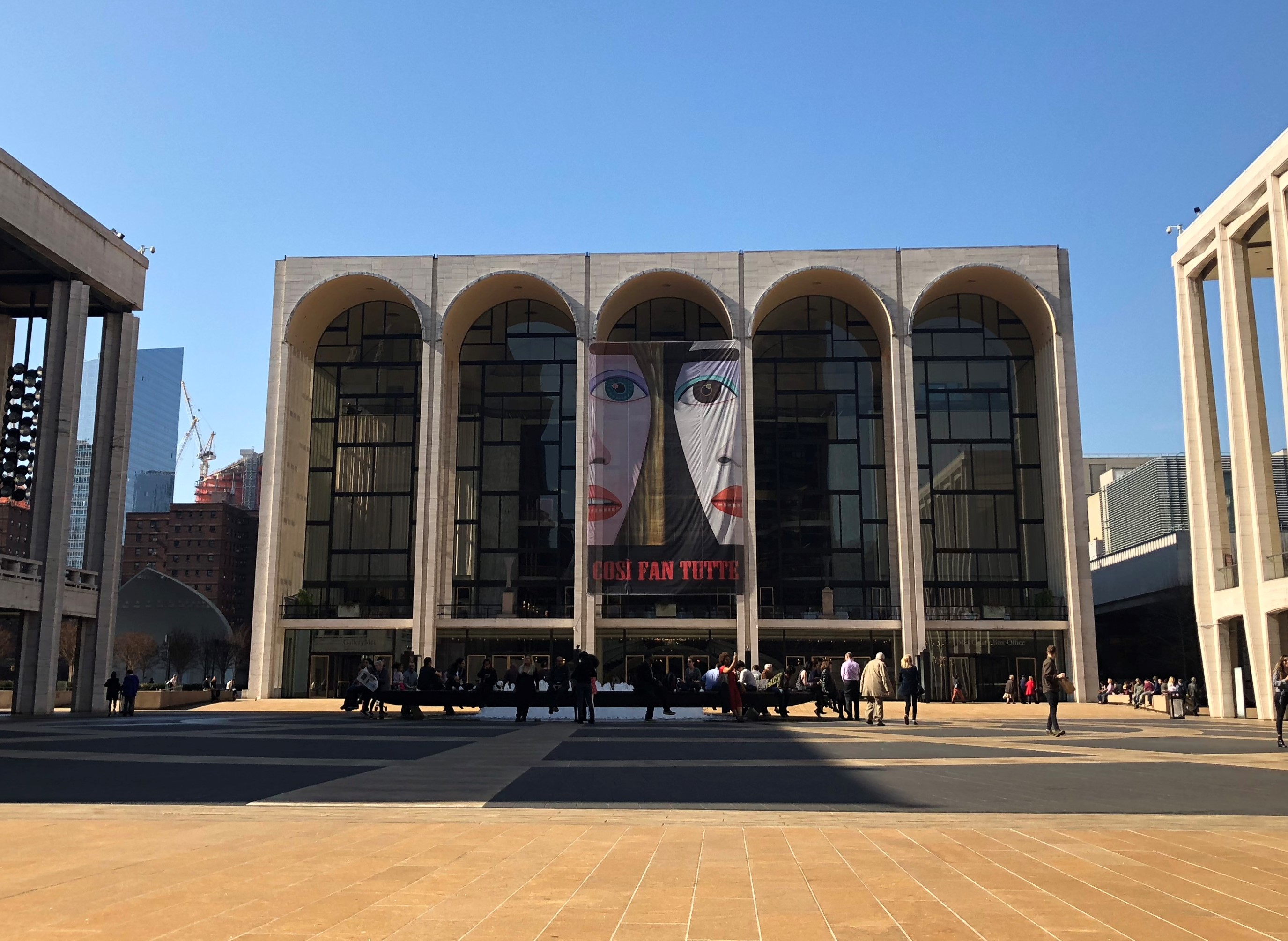 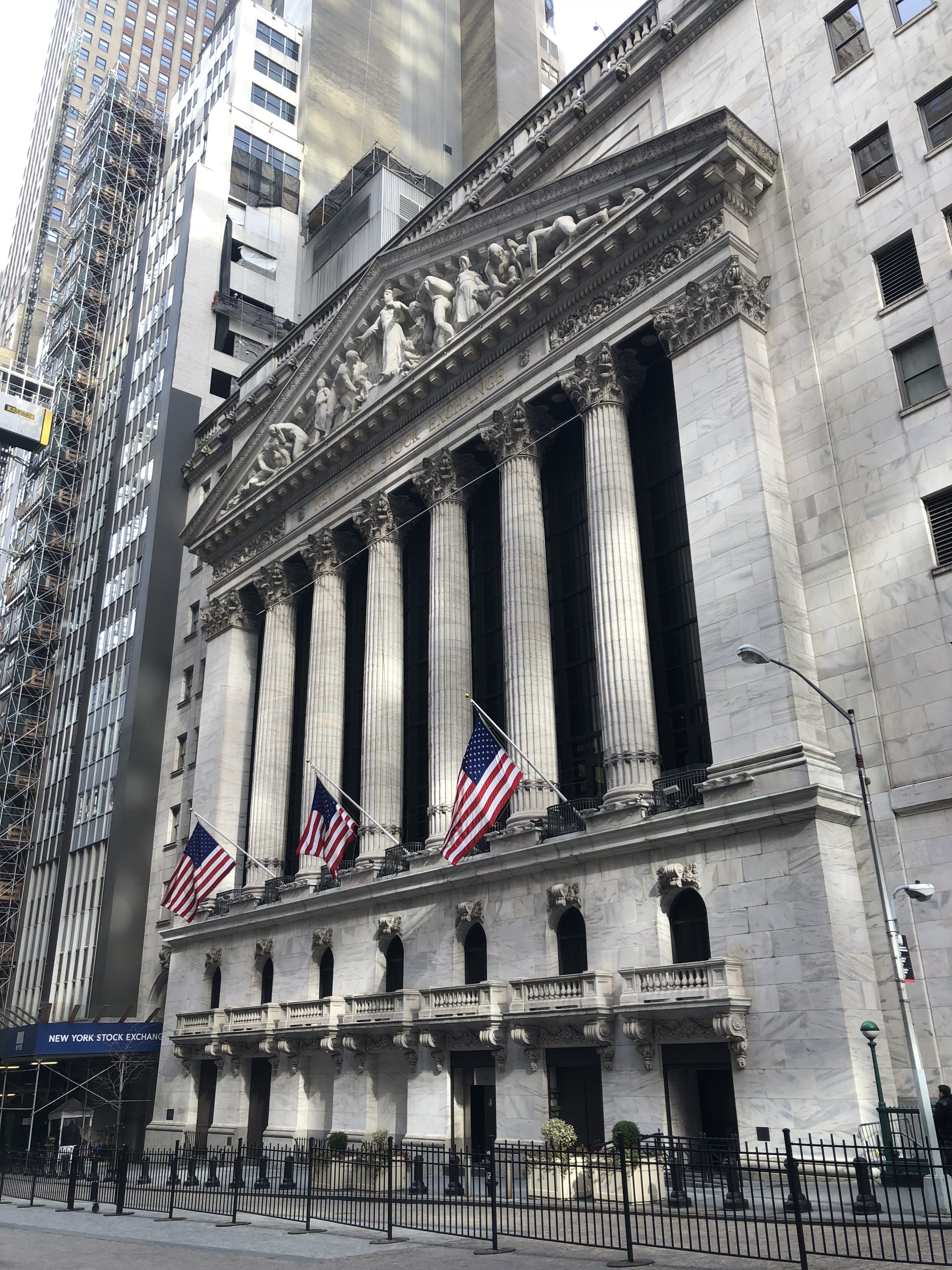 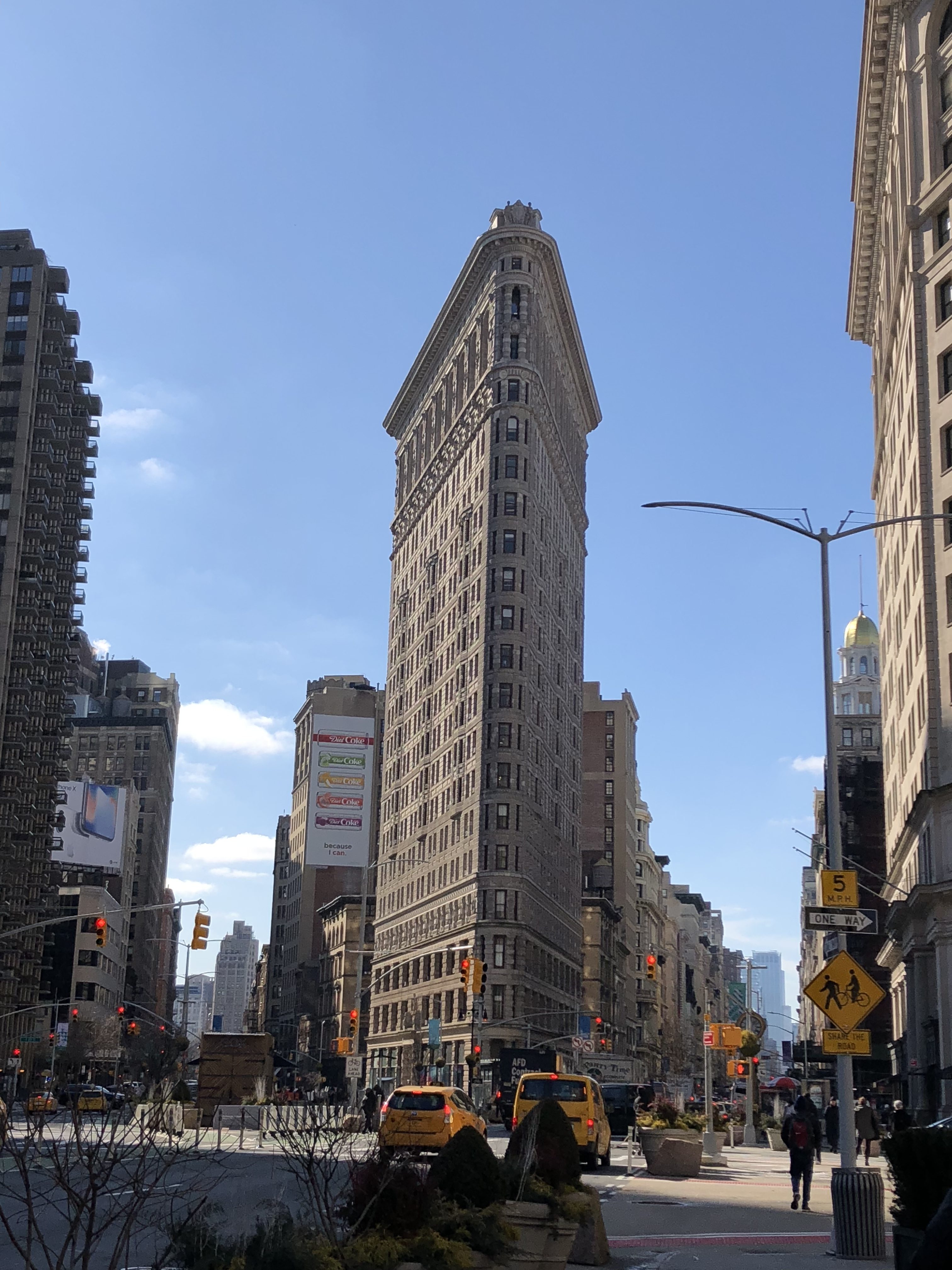 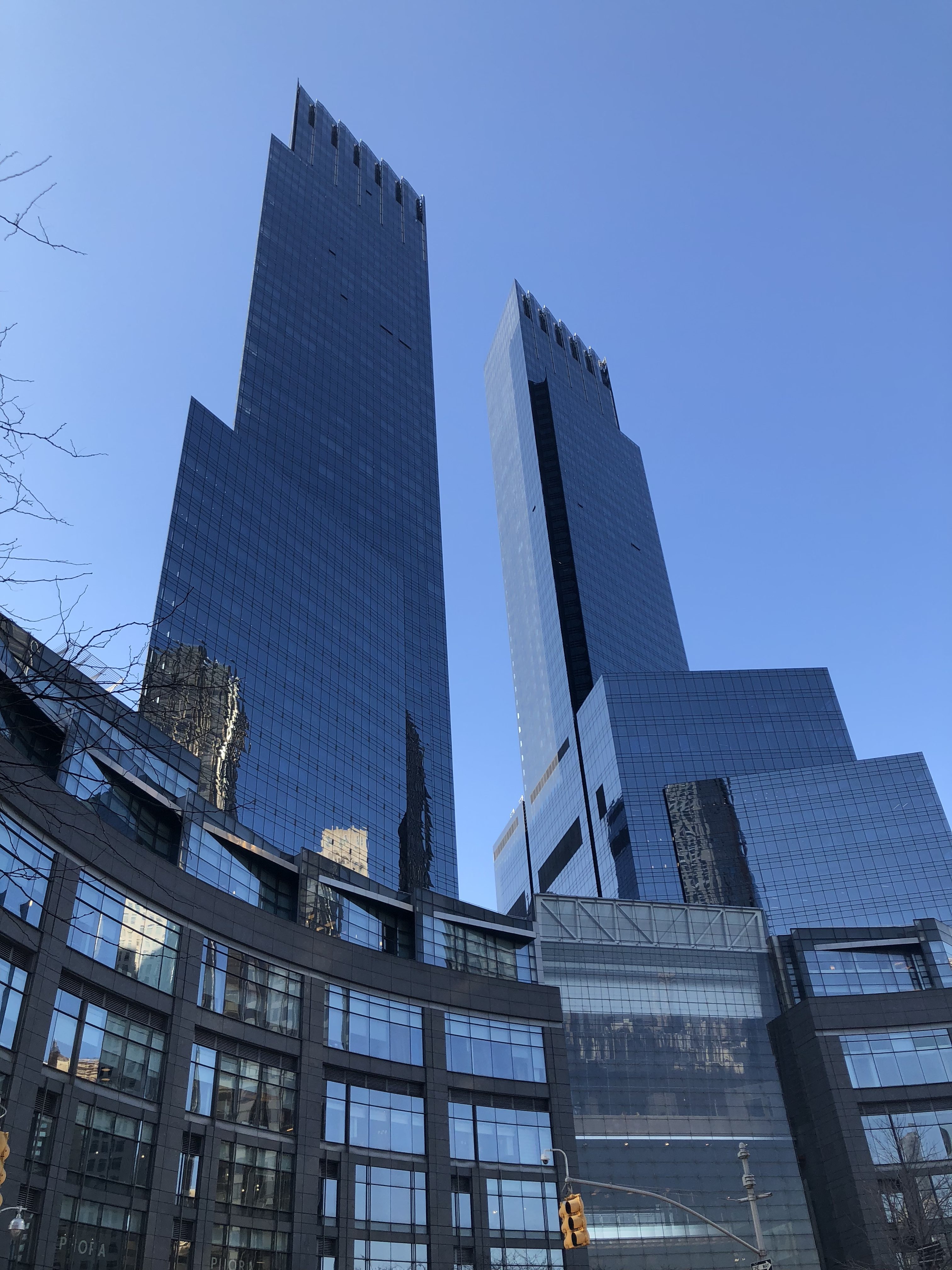 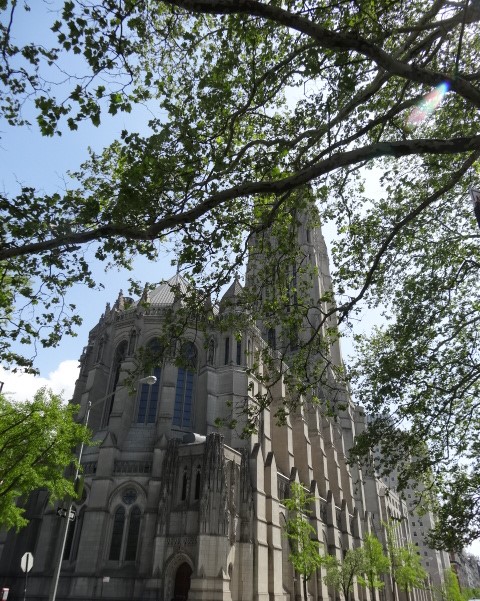 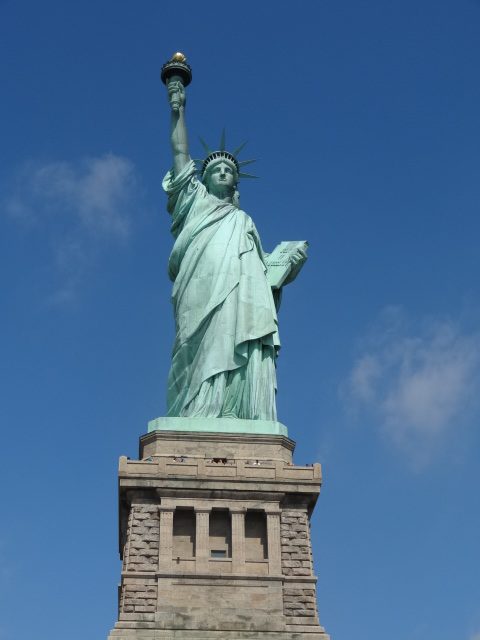 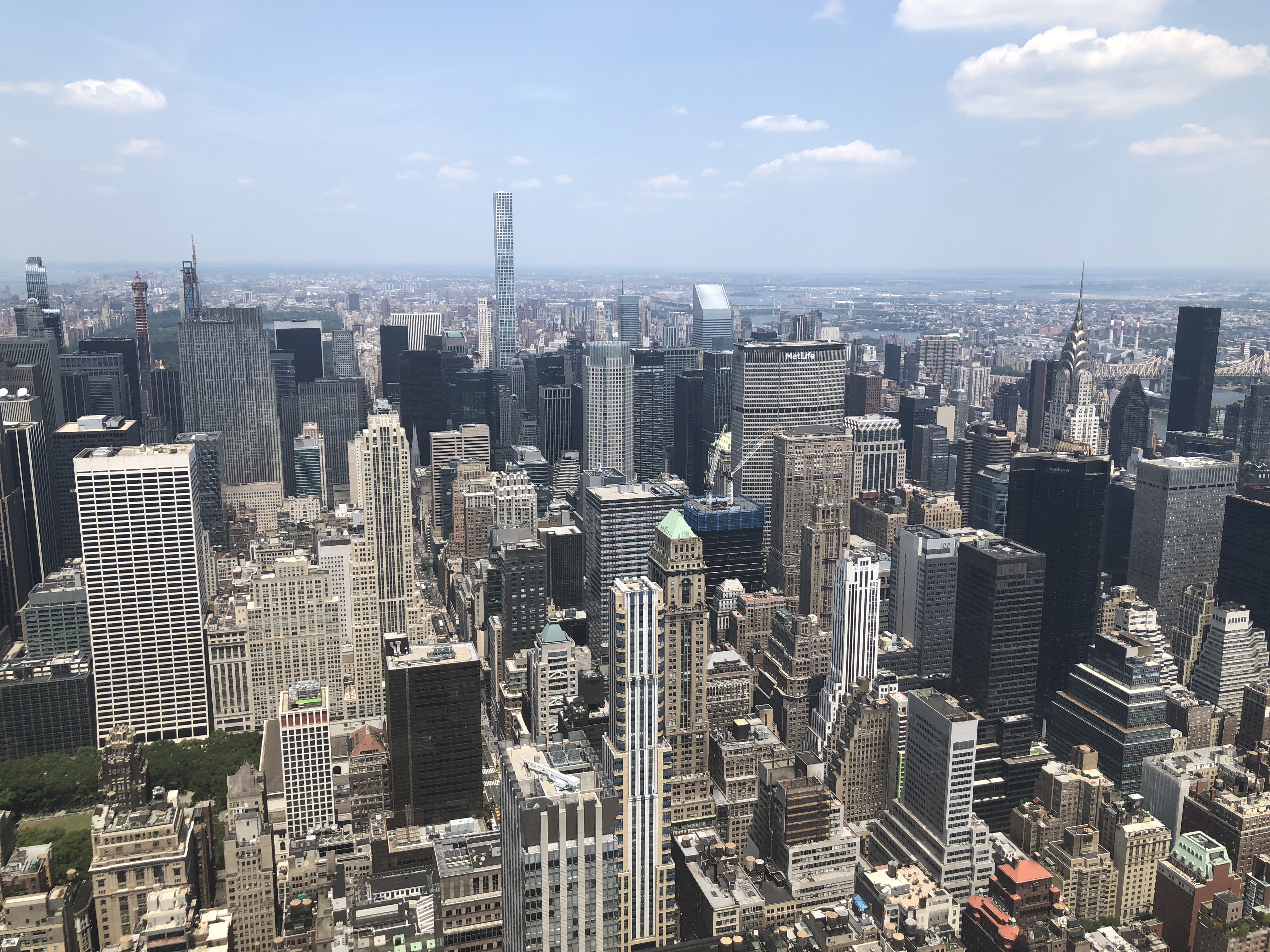 It is located at the northern tip of Manhattan, above Dyckman street.A quiet residential area.

There are plenty of parks and a branch of the Metropolitan Museum of Art, The Clositers museum, is a popular tourist spots.

Since the 1920s, African Americans migrated to Harlem from the South and formed a vibrant African American culture including jazz and literature. There is the legendary Apollo Theater and many historic jazz clubs. It is divided into Black Harem in the east and Spanish Harlem in the West from Fifth Avenue.
In East Harlem, former president Bill Clinton had an office for 10 years. The construction of luxury condominiums and major chain stores is continuing at a rapid pace. As redevelopment progresses, the surrounding environment is changing considerably.
Since rents are lower than central Manhattan, more and more people are moving to Harlem which is changing the local environment.

Spanish Harlem has a large Latin American community and is one of the areas where development is progressing rapidly.

Above 110th Street
Bright, with an international and academic atmosphere due to Columbia University, Morningside Heights attracts students and faculty from all over the world.

115th - 120th Street Broadway - Amsterdam Ave. Columbia University is one of the most prestigious universities in the United States with over 70 facilities located throughout the community.
130 th - 140th street Amsterdam Avenue, City College.

59th to 110 to west of Fifth Avenue
Rich with cultural facilities like the American Museum of Natural History, Lincoln Center, etc., the Upper West Side has a liberal atmosphere. Also, the area has many beautiful historic luxury houses with beautiful brownstone architecture. Famous chain stores, gourmet food shops, stylish boutiques and restaurants are scattered throughout the neighborhood with the added bonus of proximity to Central Park, so you can enjoy nature and outdoor activities.

The most popular area of the Upper West Side is between Broadway and Central Park West (CPW) and in the high 60's to the 80's. There are many supermarkets, gourmet stores, select shops, stylish wine bars, cafés, bakeries and restaurants in this area, which is very popular and the rent quotation will be even higher than the rest of the neighborhood.

An elegant area dotted with internationally renowned museums and art galleries in an old luxury residential area. There are also many high-profile private schools so the area is popular with families.
From the 80th Street to the south, luxury shops lined up Fifth Avenue, and the area has a sophisticated atmosphere. Also, from Madison Avenue in the 70's to the 80's, this area is popular with art lovers because of the many galleries in the area.

Rent : The area around Madison Avenue and west toward Central Park is very high. the further you go east, lower it gets. Also, it will be lower if you go north of 90th Street.

34th street to 59th street west of 5th Avenue.
This area is crowded with tourists due to the vibrant entertainment and sightseeing opportunities.
This is especially true around Times Square, where there are many musical theaters, hotels, and popular shops that are open until midnight. The area is crowded at whatever time you go.
There is also a famous "Restaurant Row" on 46th Street between 9th Avenue and 10th Avenue (10th Avenue), where you can enjoy international cuisine. The area is more suitable for singles than families. Broadway around 32nd Street is Korean Town. There are many Korean restaurants and Asian ingredients are also available in the local food stores. From the 7th Avenue (34th Street) to 42nd Street, the area is called the Garment District, it is a fashion-related wholesale district and there is not a lot of residential space.

Rent : High around Times square, but it gets lower in Garment District

34th to 59th Street East of 5th Avenue
The United Nations headquarters, many financial services offices, many business people, there is not much of a residential feel. There is little traffic on weekends and at night.
The area has many Japanese shops (restaurants, supermarkets, hairdressers, bookstores, etc.), lunchtime is always crowded with businessmen.

NoMad stands for North of Madison Square Park.
North and South are 30th to 23rd st., East and West from Lexington Avenue to 6 th Avenue.
Although it is a former wholesale district, it has been revived since two designer hotels opened in the area, and now it is getting a lot of attention as a trendy spot.

North to south is 23rd to 14th street, west to east is Hudson River to Seventh Avenue.
In the nineteenth century, it was a factory area and a theater area. Currently, fashionable grocery stores and cafés are dotted in residential areas that are full of history. There are more than 200 art galleries densely located between 10th Avenue and 11th Avenue, 19th to 29th Street.

Gramercy park is located from 18th Street to 22nd Street from South to North, East to West is a small area between 3rd Avenue and Park Avenue
A quiet residential area that many New Yorkers admire.
Buildings around the park were constructed around the 1830s, and areas around the Park are designated as historical areas. There is a hidden cafe, wine bar and dining spot.

Downtown is south of 14th Street.

From north to south, Gansevoort st. (14th Street) - east to west is 11th Ave. (11th Avenue) - Hudson Street (Hudson st.)
In the past, many meat processing factories were located here, but development has progressed in the last ten years or so. Now high-end luxury boutiques, restaurants, bars, hotels, etc. have been built and are drawing attention as a trendsetting area.

North-South is Houston Street to 14th Street, East and West is 6th Avenue (6 Ave.) to West St.
Historical quiet luxury residential area. While the area has been populated since the first half of the 19th century, it has always been a place of trendsetting culture. There are no skyscrapers; mostly just brick buildings with 3 to 5 floors. The main street is Bleecker Street which is popular for shopping and for its restaurants.

From north to south - 14th Street to West Houston Street. From East to West - Broadway to West Street
It means a green district in Dutch.
As its name suggests, famous artists began to live in this quiet, verdant residential area since the 19th century. There are also many prestigious Jazz clubs like the Blue Note and small theaters. The area has a strong cultural atmosphere. New York University is located in this area surrounding Washington Square Park. This makes the area crowded with universities, dormitories and college students.

Rent: high. There are few properties.

Abbreviation for Triangle Below Canal.
An area pointing to a triangular area surrounded by Canal st. - Broadway - West Street and Vesey Street.
A former warehouse area, Tribeca has become a calm residential area where prices have risen sharply. Nowadays more fashionable shops, restaurants and bars have moved in making Tribeca a very popular neighborhood with celebrities.

From north to the south is 14th Street to Houston Street.From East to West is FDR Drive to the Bowery.
In the past, many German, Irish, Ukrainian, and Polish lived in the East Village. From around 1960, young people and artists moved into the neighborhood due to cheap rents. On 8th Street, called St. Marks, there are several Japanese supermarkets, restaurants and bars in the area. There are also off-Broadway theaters, antique furniture stores, vintage clothes shops, cafe-bars, and restaurants.Since New York University is nearby, there are many reasonably priced bars and restaurants that are popular among students.

Rent: Rather high. The more you move East, the lower it gets.

NOHO stands for North Of Houston Street and is located north of the SOHO neighborhood.

The western end is Mercer Street, the eastern end is Bowery, the northern end is East 9th Street and the southern end is Houston Street. There are trendy restaurants, stylish cafes, shops, boutiques, condominiums, and there are many loft style apartments including 125 historic buildings.

The area from north to the south is Canal Street to Houston Street, East to west is from Crosby Street to 6th Avenue.
SOHO refers to SOuth of HOuston.
This area contains the world's most cast-iron buildings, particularly on Greene Street. Many of these buildings were built from 1869 to 1895 and the area is designated as the historical center of the city .

Soho was formerly a warehouse district and was remodeled by artists who moved to the area and converted industrial spaces to artist's lofts. Nowadays the most stylish luxury boutiques and restaurants in New York City line the streets. The rent soared with the popularity of the neighborhood and as the rents have soared, the artists have moved out to be replaced by celebrities and executives.

From north to south is East Houston Street to FDR Drive.From east to west is FDR Drive to the Bowery.
This is formerly an area of Jewish immigrants from Eastern Europe.
Even now, if you walk in the neighborhood, Jewish food establishments remain. In recent decades rapid redevelopment has progressed and fashionable restaurants, bars and boutiques are on the rise, making this a hip area where young people gather for the nightlife.

Rent: Rising. The more you move East and South, the lower it gets.

North Henry st. to South is Grand St. Grand St., East and West are Essex Street to Broadway.
The largest Chinatown in the country. It is an energetic and vibrant area spreading around Mott Street, Chinese fresh food, restaurants, and sundry shops, crowded with Chinese residents and tourists.
In recent years development has progressed, many newly built apartments are being built, prices are also rising. However, there are few rental apartments. Just to the north of Chinatown, there is an area of little Italy around the Mulberry st. Immigrants from the southern part of Italy settled around the end of the 19th century, and since then they have built a community, but now there are only scattered Italian restaurants in a stylish atmosphere. Also, Norita in the north of Little Italy has recently increased the number of designer shops, etc. It is the cutting edge area attracting attention for young people.

Battery park at the south end is very pleasant on the seaside promenade. It is characterized by the high level of public school and the shallow years of many buildings.

A small island of about in East River. (Approximately 46th street to 85 street section of Manhattan)
From 1969 to 99 years, New York City has rented to the New York State Urban Development Corporation, and it exists as a model district of multiethnic symbiosis. From the Manhattan to the island, you can use the subway / tram. On the island, shuttle bus service is operated from each apartment. Construction of a high-end condominium began around 2003, construction of a new school building of Cornell University has recently been decided, and it is expected that development will progress more and more in the future, such as the construction of common buildings and related facilities in companies. Because both sides are sandwiched between rivers, it is cool in summer, but cold in winter.